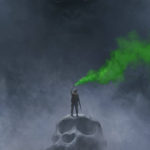 King Kong is coming back to the big screen in 2017 with the release of Kong Skull Island. The studio has just released the first teaser artwork and Kong is a LOT bigger than before. See below: The film is currently slated for a March 2017 release and will be available in 3D. The film stars Tom Hiddleston, Samuel L. Jackson, Brie Larson, Jason Mitchell, Corey Hawkins, … END_OF_DOCUMENT_TOKEN_TO_BE_REPLACED