Monarchy of the United Kingdom 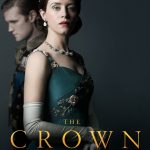 The second season of Netflix's biopic drama series "The Crown" will be available to stream from December 8th. The Crown, a Netflix original series, tells the inside story of Queen Elizabeth II's reign, as the fragile social order established after the Second World War breaks apart. Based on the award-winning play, The Audience, the series reunites creator/writer Peter Morgan … END_OF_DOCUMENT_TOKEN_TO_BE_REPLACED