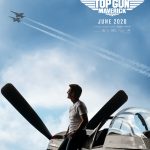 Top Gun: Maverick won't be released until 2021 now. In common with several other Hollywood blockbusters the long awaited sequel feel victim to the global pandemic. While the studio might not have pushed out any new artwork for the film yet here's one of the posters they'd made available before the release was delayed: The film will star Tom Cruise. … END_OF_DOCUMENT_TOKEN_TO_BE_REPLACED 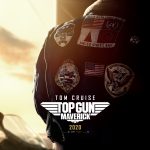 Tom Cruise will be back in the cockpit as he reprises the role of Maverick in the upcoming release Top Gun: Maverick. The film will be going on general release on June 26 2020 … END_OF_DOCUMENT_TOKEN_TO_BE_REPLACED